Don't Leave It To Luck
Go To App
ScratcherJackBlogStrategy pays off! A lady named Ham wins $4 Million in MO
🔍 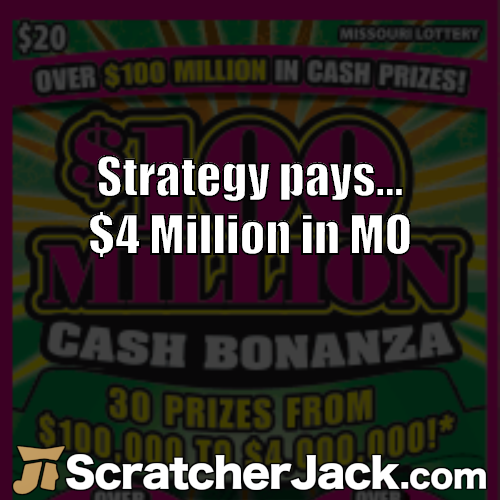 Ham said she continued to play the $20 scratch-off game because there were still some big prizes that had not been claimed.

“It still had three big winners left out of four, so I thought the odds were good,” Ham said

That's what won this smart Missouri woman $4 Million. She probably was checking out the stats at 100 Million Cash Bonanza - MO Lottery ScratcherJack is a private vendor of information and is not affiliated with any state lottery agency.
We do not offer any gambling services, nor do we provide any games or prizes.
Please spend your money wisely aand never spend more than you can afford to lose.
If you or someone you love has a gambling problem, please reach out for help at Gambler's Anonymous